De-Stress Your Life with this One Trick 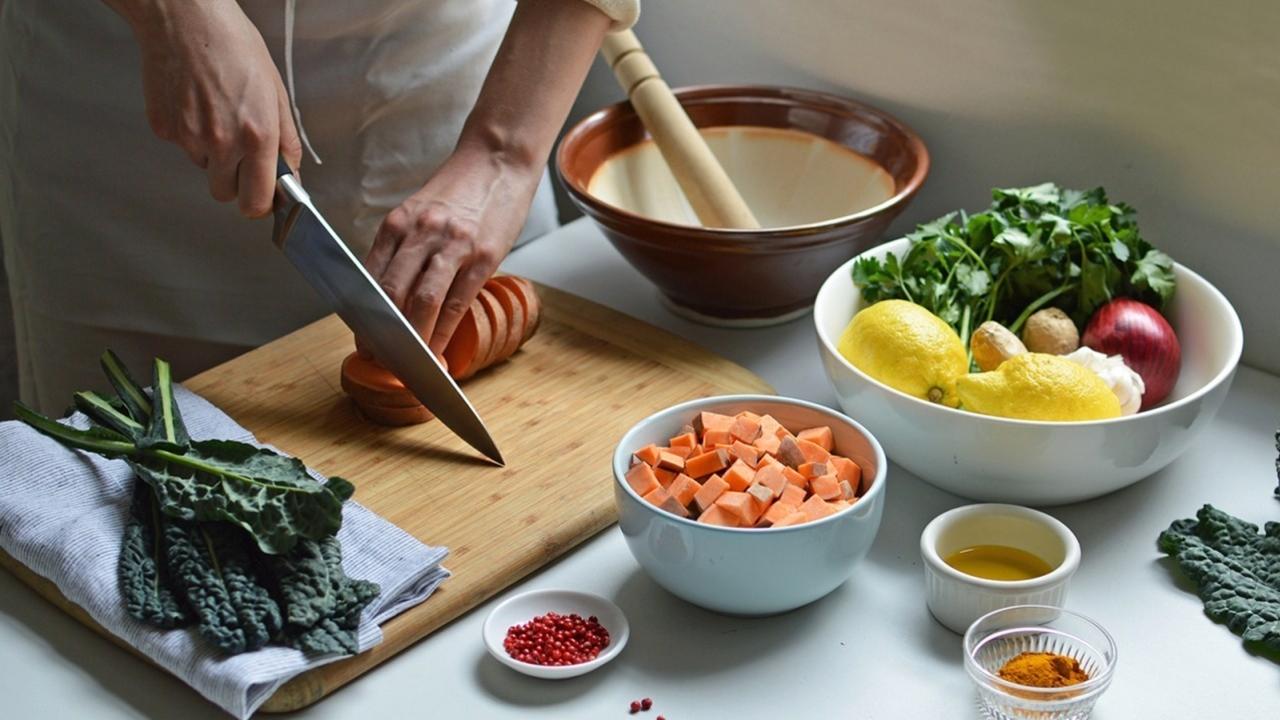 This week, my good friend Karen Jacobsen, the GPS Girl, came to hang out in the Moticise studio. We had a great Twitter chat and Periscope video (you can catch it here) on her signature topic – recalculating.

“No matter where you are in life, it’s never too late to recalculate,” she said. “The first step is to notice when you’re off course.”

That got me thinking about times in my life when I’ve had to adjust my course. Most recently, it happened around food. Recalculating – realizing I needed to make a change – liberated me from a lot of self-induced stress.

I’ve long been an aspiring vegan, and in the past few years, I’d come to dread dinnertime. Trying to cook healthy, plant-based meals that everyone would like, every single night? It just reminded me how much I was failing both myself and my kids. I wanted wholesome, plant-based, delicious, fun, together time.

But in reality, it was more like a battle. I always got it started late; no two people wanted the same thing; it was never as healthy as I wanted; half the time it ended with take-out, and me exhausted and frustrated.

Fortunately, a friend recommended a vegan chef who made house calls. (Don’t you just love New York?) The plan was, he’d come over, give us a cooking lesson, and off we’d go into a lifetime of easy dinnertime sunsets. This chef, I believed, would usher in a new chapter in my life: one where I’m 100% vegan, where my family is always satisfied and impressed with their meals, where I actually look forward to dinner.

But this chef was not the fairy godmother I hoped for. He was a big fat jerk, and it started as soon as he opened the fridge.

“Dairy milk? What is this doing here?” He rounded on me and shoved it in my face, like it was damning evidence of something unforgivable.

“I—I know it’s not great, but I like a little in my coffee,” I said. “And look, there’s almond milk and coconut milk, back there next to the soy mi—”

“Orange juice!” he cried, back inside the fridge. “And it’s not even fresh squeezed. Do you know the sugar content in this?”

“Yes,” I said weakly, “that’s why we mix it with seltzer water. I don’t usually buy it, but Kaya was having a sleepover, and—”

He shook his head derisively. “You are just lazy,” he announced, like a doctor giving a diagnosis. “All it takes is the willingness to chop vegetables. You can do that, can’t you? But you don’t.”

Shocked, I said nothing. Lazy? I thought. Is that my problem? I’m just lazy?

“She’s not lazy,” Stephen told him. It felt good to hear him say that, but the word still triggered me. For the rest of the meal, I couldn’t escape the spiral of I’m not a good mother. I’m destroying the environment. I’m killing my kids!

In the days following, I calmed down a little, and was able to gain some perspective. Our judgmental chef had offered no solutions, only criticism. He “didn’t do kids,” so he had no empathy for my role as a parent. All that was frustrating, but it led me more deeply examine my struggle. If being vegan was so important to me, how come it hadn’t happened?

I did some soul-searching, I began to understand what was happening. The chef had forced me to defend my choices, and in doing so, I noticed a pattern. And it wasn’t because I’m lazy, or not enough.

It was this: freedom, adventure, and exploration are fundamental values of mine. And I’d come to associate being vegan with being restricted. Feeling restricted is stressful and anxiety-inducing – so, for me, “vegan” equals “stress.” No wonder it’s been such a struggle. I was fighting to attain something that was making me miserable.

So I had a pretty revolutionary idea: Maybe I just don’t really want to be vegan. (This was where I started to notice that I was off-course. It was time to recalculate.)

Being 100% vegan sounds good on paper. It fits with my values of plant-based nutrition, let-food-be-thy-medicine eating, and doing my part to protect the environment. But was it really what I wanted?

In reality, I’m happy with being 90% vegan, or even 80%. Maybe I could aim for a 90-10 ratio, knowing that if I end up with 80-20, it’s still okay. Which gives me room for freedom and adventure. It takes away the restrictive feeling while still honoring my beliefs about clean eating. It changes the meaning of the word “vegan” for me – instead of inducing stress, now it feels exciting.

This is still new for me – it’s only been a couple weeks – but I already feel more free, more fluid, more excited about my choices and my responsibilities. I’m still practicing recipes and collecting ways to make everyone happy at dinnertime, but I’ve taken the heavy weight off my shoulders to make it perfect. Which leaves more room for me to enjoy my family and my food.

What is it that you’re trying to change, but having trouble with?

Take a close look – why are you making that change?

Is it honoring your values? Or is it going against something you value?

If your values are in conflict, that’s going to make it hard. Often, that’s when it’s time to recalculate.

What’s something you can do that would align with your values? Something you’re excited about, that you can reach for wholeheartedly?

Tell me about it below! And then go out, recalculate if you need to, and shine.