I was so embarrassed when I had to admit this… 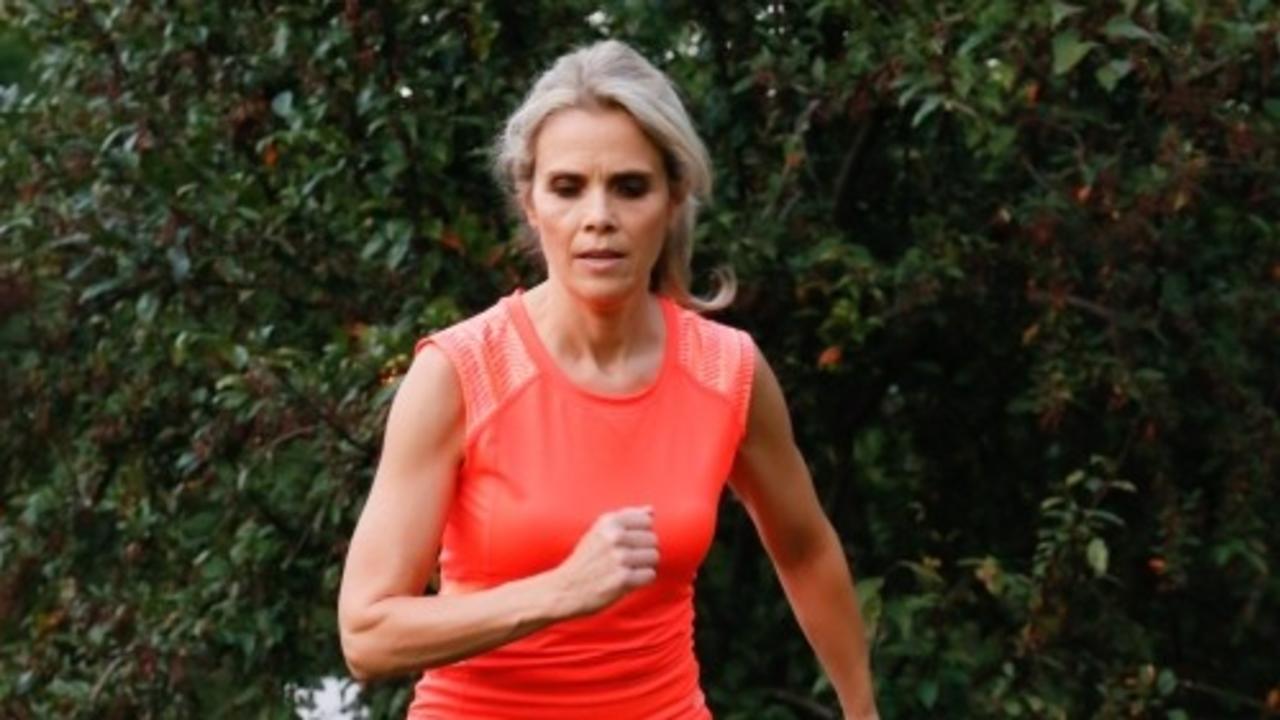 For the past three years, I’ve been dealing with chronic pain in my left leg. I’ve had multiple MRIs; I’ve gone to dozens of doctors, specialists, therapists. Each one has found a possible culprit, but none of their treatments have worked.

As you might imagine, that’s been a huge stress for me. I’m an active person; I love moving and working out and trying new things. But with this leg pain, that’s getting harder and harder. And sometimes it feels less and less likely that it’ll ever go away.

Recently, I had what I think might be a breakthrough. It started with Z Health, a fitness system that looks at both performance and pain through the lens of neurology.

In class one day, the instructor said something that described me perfectly. “As times passes, the recovery rate of patients with chronic injury declines exponentially,” he said. “And that happens because they begin to belief nothing will work.”

So last week, I went in to see my trainer, Mike, and I fessed up.

I’m a mindset person, that’s what I coach people on, it’s what I do. I’m constantly working to create processes to help people get through things – yet there I was, completely stuck. I told him everything. I was so embarrassed.

When I finished, he laughed, kindly. “You’d be surprised at how common this is,” he said. “Particularly with people who deal with psychology and physiology—they forget to follow their own advice. It’s normal.”

He went on, “The other thing I notice, is that people with a chronic injury often begin to take it on as their identity.”

That hit home, too. I nodded, recognizing that in myself.

I am a person with a chronic pain. This issue impacts everything I do. Nothing can fix this.

This was not a new concept to me. I’ve even coached people on this idea. Yet having it reflected back to me was like a punch in the gut.

I realized, I’ve taken on that identity. It’s become who I am. I’m no longer a person who just experiences leg pain; I am now a person who has constant leg pain.

I don’t want to be that person. That’s not who I am.

“Those two stressors alone can cause pain. Or they can aggravate an existing pain, or at the very least, they can prevent you from figuring out what’s causing it.”

When he said that, I understood perfectly. Regardless of the physical cause of my leg pain, I saw now that it had become a mindset problem. I’d taken on chronic pain as part of my identity, which was both preventing me from finding ways to heal it, and causing me enormous amounts of stress. And now I saw it might even have worsened the pain.

Maybe that’s the source – because I know, from all my doctor’s visits, that there’s no clear physical cause. It must be a combination of things, including the mental part.

So I’ve decided to go all in on healing my leg, using affirmations, visualizations, and a number of other mindset processes. I’m not perfectly healed, but I’ve taken a huge step forward. Not only have I found a new way to treat my leg pain, but I’ve gained an understanding of how important it is to guard my identity against those creeping, insidious beliefs that try to sneak in.

How about you? What’s an area in your life where you’re not living according to who you truly are?

Is there something you’re doing – or not doing – that’s causing stress because it’s part of an identity that’s not you?

Maybe it’s a bad habit like eating poorly or smoking, when you know that at your core, you want to be healthy. Or maybe it’s not using your creative side, because you’re stuck in a boring day job. Or maybe you’re not pursuing a dream you have, because you’ve gotten used to the life you live, and it would mean making big changes.

What is it for you?

Once you find that thing, I encourage you to put some mindset tools to the test. How can you change your actions so that they align with the identity you want?

Tell me how it’s going in the comments below! If you’re having trouble, I’ll point you in the right direction.