What would you do with a second chance? 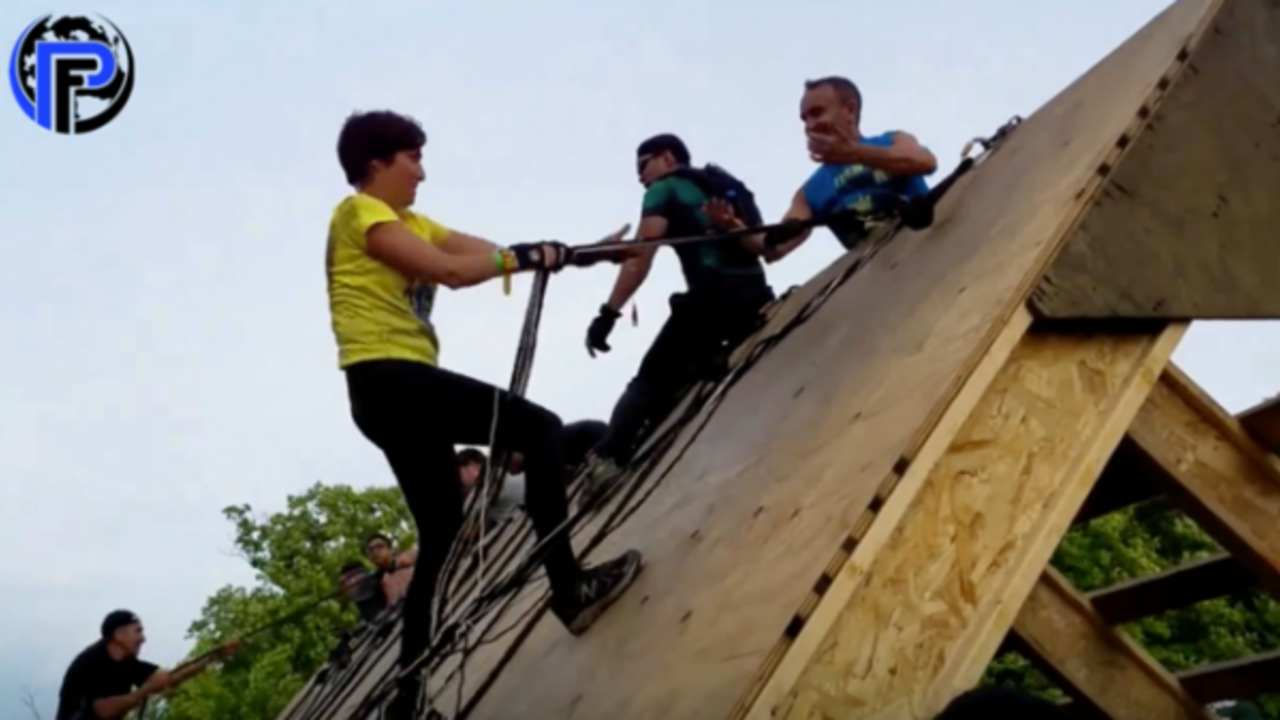 This month, I completed my second Spartan Race up in Tuxedo Park, NY. I was part of an amazing team, including my dear friend Linda, who taught me a powerful lesson on the Slippery Wall.

Linda was my sorority “big sister,” but we lost touch after college until a few months ago. We reconnected through Facebook, which was how I got involved in the Spartan race in the first place. She’s a lawyer here in New York, and when we met up last fall, she was still wearing a head scarf from her second round of chemo for breast cancer. After her first round, she told me, she’d thought she was done with cancer. So when it came back again, it shook her to her core.

I have to live my life, she realized. I have to get out there, have fun, be with people. I have to step outside my comfort zone, and go for the things I really want.

One of those things was the Spartan Race, a couple weeks ago.

One of the obstacles was the Slippery Wall, a slanted wall that you had to climb halfway up, then grab a rope and pull yourself up over the top. It’s a really hard one because it’s so slippery – you think you’ve gotten over it, but then your feet slide out from under you and you’re just hanging on for dear life.

Linda went last. I didn’t realize how scared she was until I heard the coach yell from up at the top, “Linda, this is it. You’re doing it. No excuses. You can, and you will. Go.”

She ran up and grabbed the rope. When she got to the top, exactly what she was afraid of happening, happened – her feet slipped. The coach grabbed her before she fell. The crowd was roaring, cheering her on. For a minute I worried she wouldn’t make it, but then she managed to swing one leg up and over, where she could straddle the wall without sliding.

The coach called out to everyone who could hear, “Not only did she do this, but this woman here is a two-time breast cancer survivor. If she can do that, she can do anything.”

More cheers erupted, from our team and other teams alike.

Linda came down, still shaking. There was something so unifying in that moment—tears of victory and pride, adrenaline rushing. It felt like we were all one, sharing that feeling of overcoming as she conquered that obstacle. I hugged her, and she took my hand as we walked to the next one.

“You did it,” I said. “That was so amazing. Not just that. Everything you’ve done.”

“That second time,” she said, “when I got the diagnosis the second time, I realized I had to live. I didn’t want to squander my second chance at life. I had to go for it. That’s how I live my life now…I’m a totally different person than I was years ago.”

I didn’t want to squander my chance at life.

Linda had found the drive to push herself to places she didn’t know she could go. After her chemo, she’d

stepped into a mindset of courage, taking chances, going big. Seeing her do it was so inspiring, I thought, what if we all lived that way, even if we don’t get a scary diagnosis? 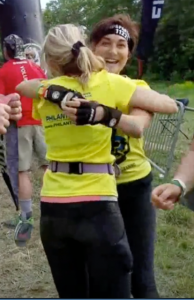 So what about you?

Where might you be squandering your life? What’s one area where you’re holding back?

How can you step outside your comfort zone?

What do you want to take a chance on?

Tell me below. Then go out, climb that wall – no matter how slippery it is – and shine.