Why You’re Managing Your Stress All Wrong 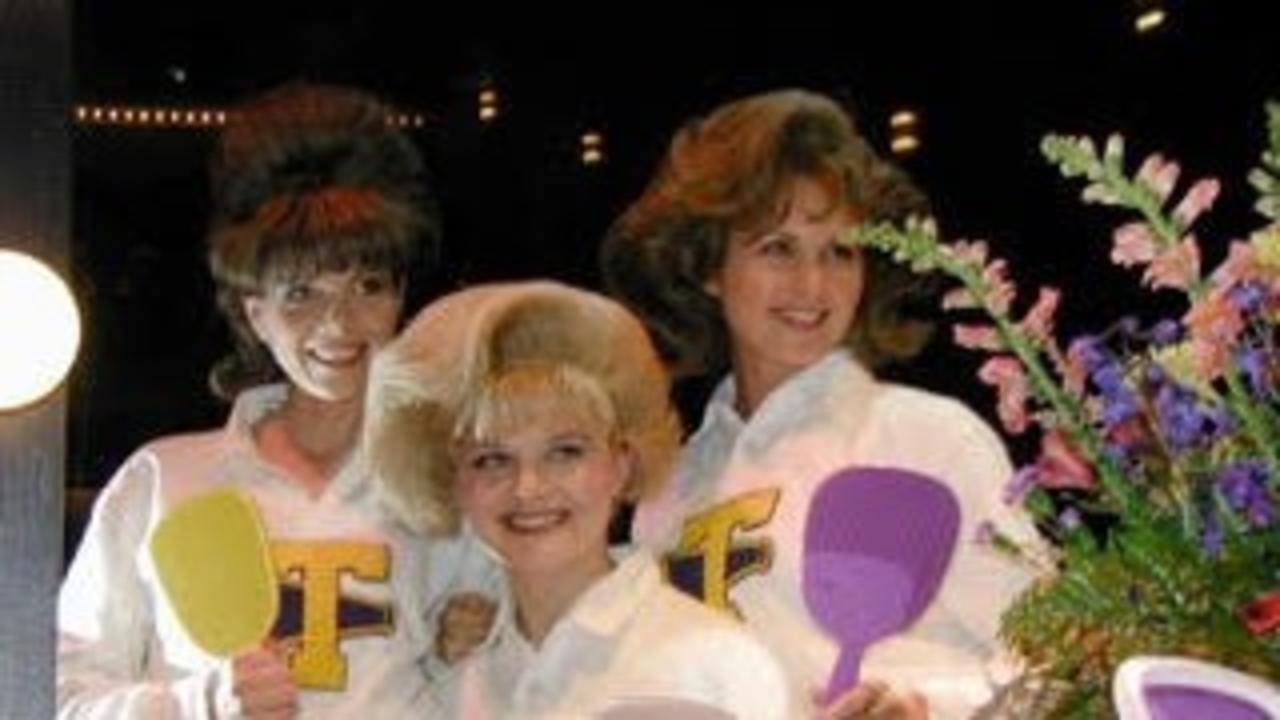 In the spring of 2014, I spent a few weeks touring with the play Vanities, a comedy that follows three women’s lives through the 60s and 70s. What makes it different from other plays is that we actually get ready onstage, sitting at our vanities – while the audience files into their seats.

At the start of one performance, my co-stars and I were up there, primping our beehives and gluing on false eyelashes. I was so nervous, my hands were shaking, which made it hard to get my eyelashes even. I thought I might throw up.

me, Heather Tom was the picture of readiness. She powdered her nose, adjusted her hair, smoothed on lipstick – all in easy, confident motions. She looked totally at home.

We were supposed to be visiting each other’s vanities, borrowing makeup and gossiping, so I went over to her vanity. “How are you so calm?” I said. “I’m so nervous I could barf. Isn’t this stressful for you?”

“But you got your eyelashes on straight and everything. How are you staying so calm?”

She looked at me, and behind the excitement, I saw the nervousness in her eyes. “Listen,” she said. “This stress is a good thing. It’s keeping me focused. It means I care about this. The day I’m not stressed about going onstage, I should probably quit acting.”

Heather was just as stressed as I was. But she wasn’t trying to manage it, or reduce it, or “de-stress.” Instead, she chose to perceive it differently. Her perspective that day helped her (and me) get into character. And we put on a great show (if I do say so myself).

The other day, that conversation came back to me, when I learned something extraordinary that changed my entire belief system around stress.

It’s proven: it’s all in how you see it.

Today, we’re taught to believe stress is negative. It causes high blood pressure and heart disease; it weakens your immune system; it harms the circulatory, respiratory, digestive, nervous, and reproductive systems. We’re taught to be scared of stress.

But Kelly McGonigal, a health psychologist who research stress, put it this way: “the harmful effects of stress may be a consequence of our perception that it is bad for our health.” And the opposite is true, too.

In a groundbreaking study at the University of Wisconsin-Madison, researchers asked 29,000 people to rate their stress levels over the last year, as well as how much they believed that stress impacted their health. Over the next eight years, the researchers monitored the subjects’ lives. What they found was that the people who reported high levels of stress, and who believed that stress had a large impact on their health, had a 43% increased risk of death.

Meanwhile, those who reported similar levels of stress, but did not believe it to largely effect their health, were the least likely to die in that time.

Perceiving stress as a positive actually helps you live longer.

In another study, students took a survey that measured their baseline stress levels. Then, they were told that five of them would be randomly selected to give a videotaped speech in front of their peers. Each was asked to decide whether they wanted feedback on their speech. After telling them this, researchers took mouth swabs to measure cortisol (the stress hormone) levels.

What they found was this: “those who naturally saw stress as helpful had a more moderate cortisol level in response to hearing about the speech possibility – and they were more likely to request feedback.”

Physically, those students responded less severely to stress. Emotionally, they were more ready to take on a challenge. All because they saw stress as helpful, not harmful.

To me, these studies (and the dozens of others like them) are just mind-blowing. Our mindsets are so powerful, they even determine our physical response to stress.

I don’t think Heather knew about those studies. But she intuited that perception is everything, and it helped her perform better. Little she did know, it might be helping her live longer, too.

Like almost everything else, we do have a choice – even when it comes to the physical effects of stress.

What about you? Where are you feeling the most stress now?

What would it feel like if you chose to perceive the stress differently?

Tell me about your experiences below – I’d love to hear how shifting your perspective around stress impacts your life.