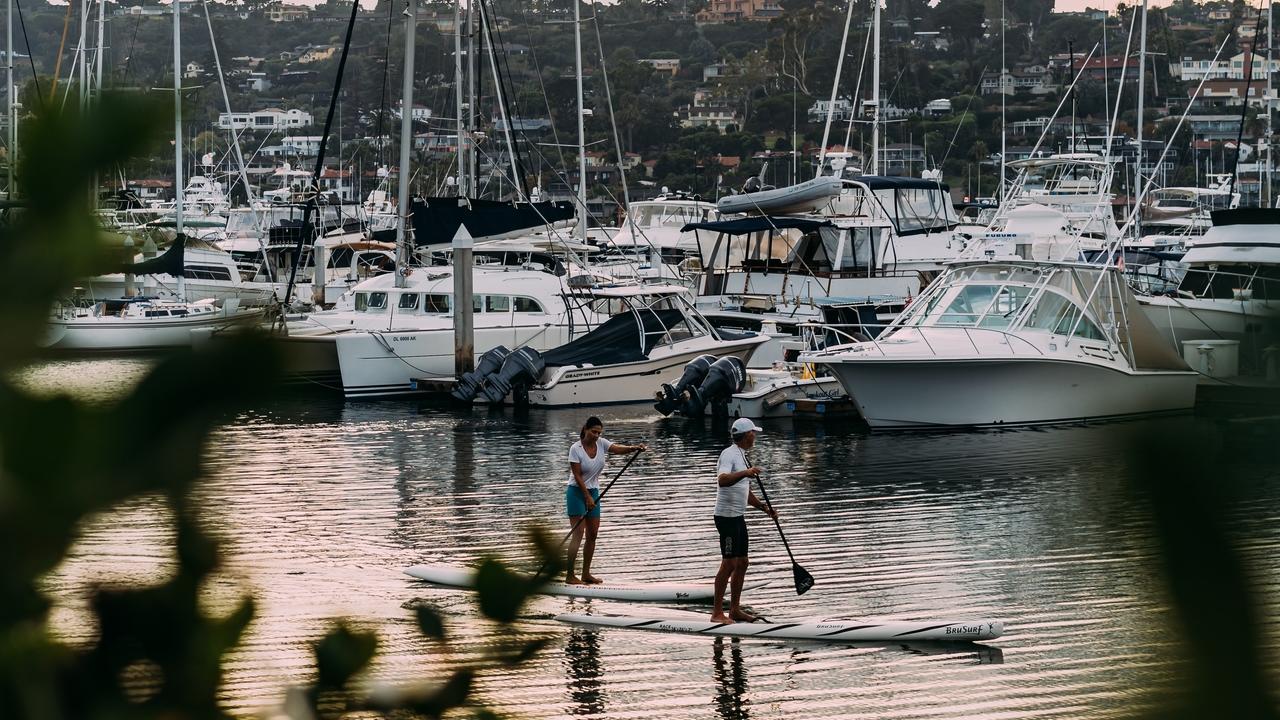 One Saturday night after making herself dinner, Ingrid realized something: she had the whole night to herself, and no idea what to do.

Her kids were in their teens, growing more independent by the day. Her husband had his own hobbies. She'd devoted the last twenty years to work and family—going to law school, raising two kids, working fourteen-hour days. She was constantly working, and when she wasn't, she was cooking, cleaning, chauffeuring, or sleeping. But now, she had no clue how to spend her time.

A colleague had invited her to one of my Moticise events called the Wheel of Life. That night, while searching for something to do, Ingrid signed up. That’s how she found herself in a room with nine other women as I asked them to look at different areas of their lives—Relationships, Money, Health, Career, and so on—and reflect on how each one was going.

One of those areas was Fun.

"I can't believe this is a category," Ingrid spoke up. "I never would have...

Three ways to find light in the darkness 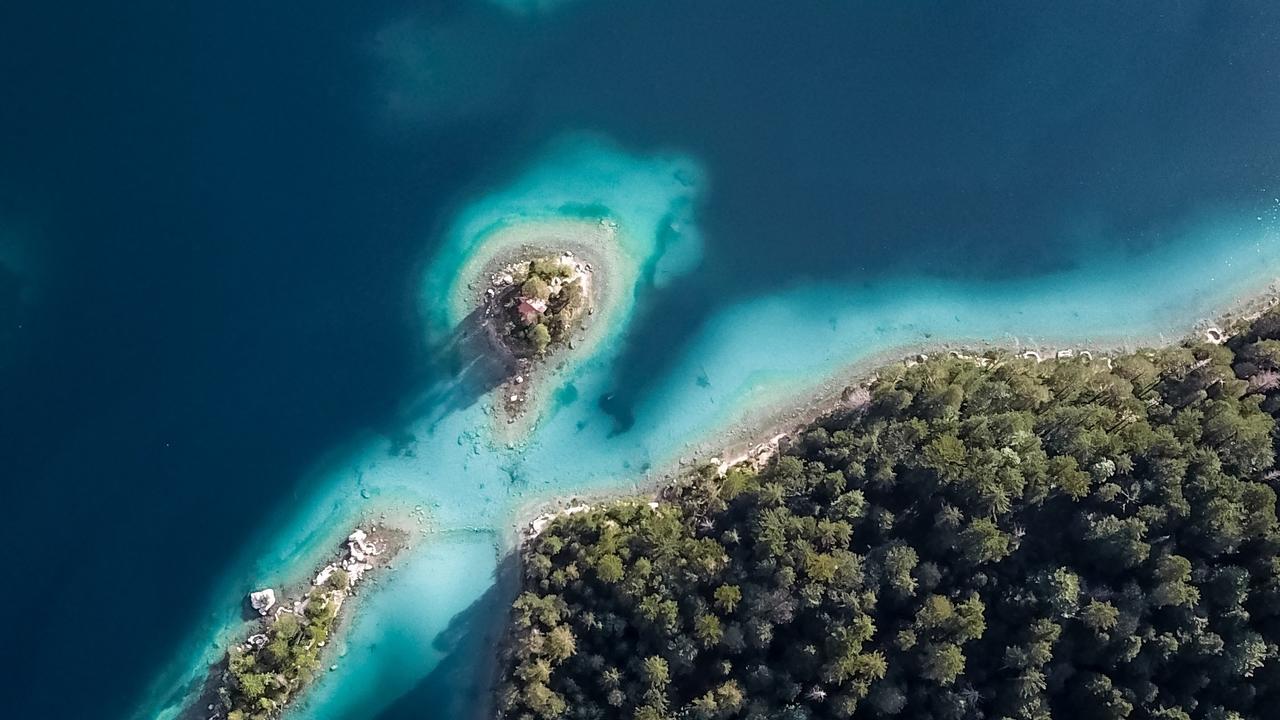 For the last couple months, my family has been moving around a lot, thanks to Covid. After a few weeks of quarantining in the city, we went to our house in Tuxedo Park, where we’d have more space and more access to nature. But it turned out, we had a little too much access to nature…meaning, we discovered we had a mice infestation. When they started falling from the ceiling (literally), we knew it was time to move again.

First, we went to Georgia for a month, where we hoped to ride out more of the pandemic. But then that rental lease ended, and so we found another rental house on the Gulf Coast of Florida.

When we got here on Sunday, I felt out of sorts, ungrounded. In Georgia, I already felt far from home, and now we’d gone even farther. The house here is beautiful; it’s on the very tip of an island, with water all around us. But instead of feeling like we’d reached some remote paradise, I just felt stuck. Like I’d reached the end.

One super-easy superpower you probably overlook 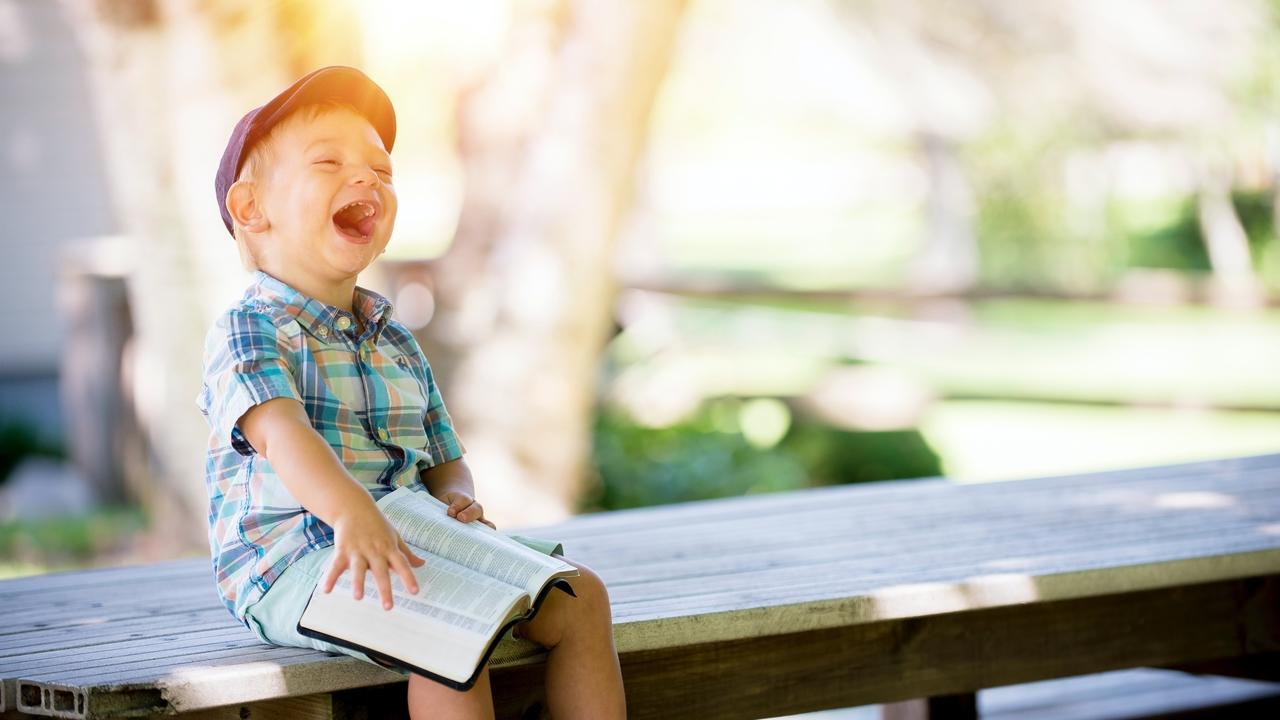 In 1964, the journalist Norman Cousins took a really stressful trip to Russia. Work was wearing on him, and on top of that, his surroundings were pretty unhealthy, exposing him to dangerous fumes like diesel exhaust. Those factors, doctors believed, came together to cause the grave illness that overtook him soon after: ankylosing spondylitis, a degenerative spinal disease with a grim prognosis. Cousins was told he had a 1/500th chance of survival. Over time, he would lose all physical mobility.

Stress, combined with a weakened immune system, had caused this horrible condition, doctors said. Well, if that's true, then the opposite of stress should heal it, Cousins reasoned. And so he set about creating positive emotions that would boost his immune system.

Cousins checked himself into a hotel, where he pumped himself with vitamin C and embarked on an experimental form of therapy: laughter. He watched Marx brothers movies, read humorous books, and focused his mind on all things funny....

How to answer your calling…even when things are confusing 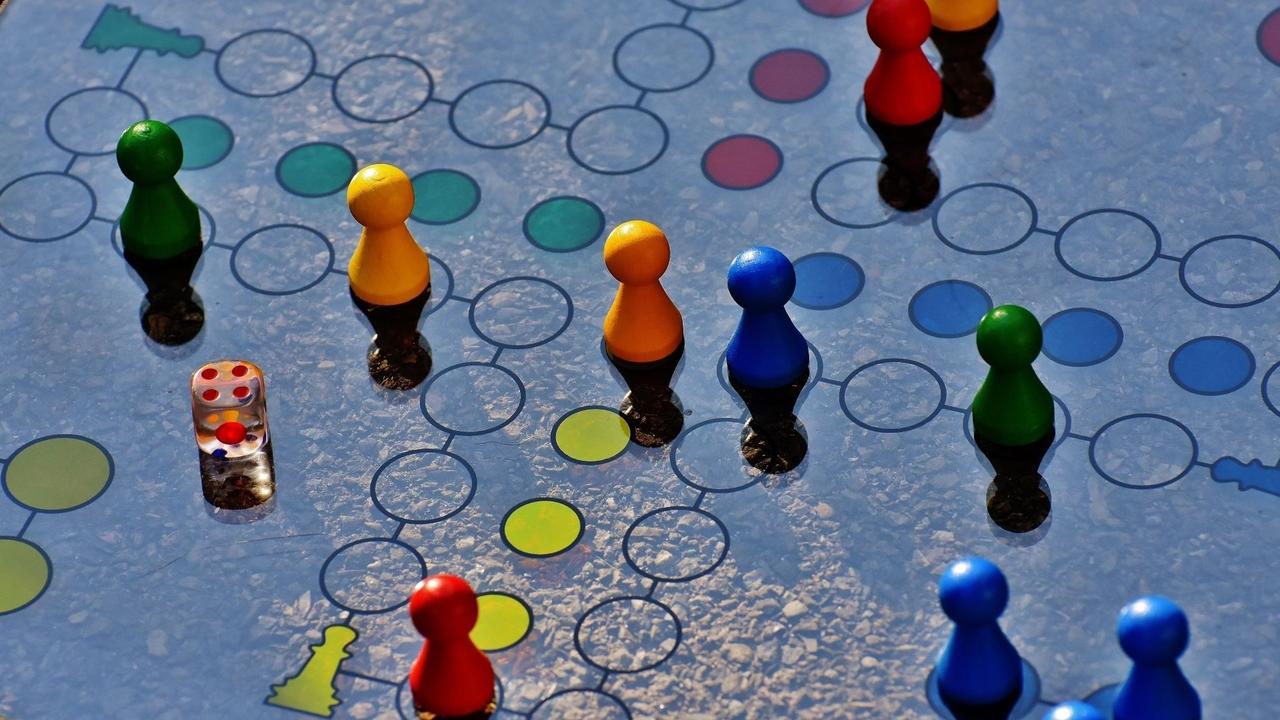 When my client Raymond first came to see me last fall, he was looking for clarity and direction. He had a good job in the hotel business, but overall, things were shaky. He was worried about his health; he'd had a series of bad relationships, and last but not least, his apartment was a mess.

It was a lot to work on, so we started with one small goal. After talking through some things, Raymond chose something that sounded both doable and meaningful: to clean up his apartment, enough that he could have friends over.

"Great," I said, and decided to take it even deeper. "Why is that important? What will you gain by doing that?" (I often ask my clients to name their Why. Not only does it help motivate them, but also because it can lead to unexpected places. As you'll see, this happened with Raymond…)

"Well," he said, thinking, "I've always wanted to have friends over for a game night, like I used to. But with the disaster area that is my living room, well, that's just not...

How to get a better night's sleep 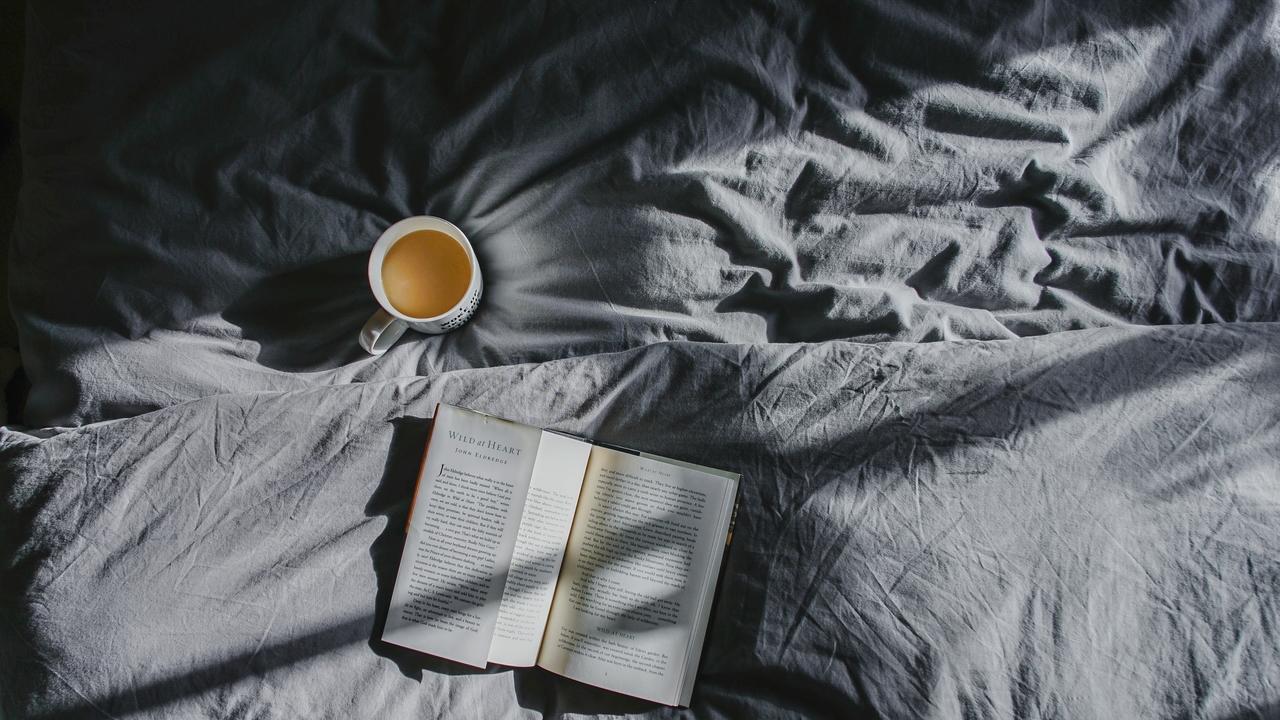 One week a few months ago, back when the world was still functioning, I was just dragging. I couldn’t stop hitting snooze or yawning through meetings. I guzzled coffee, and when I got home, I collapsed. What was going on?

Ding ding ding. That was the answer I needed.

I’d gone to bed late because of the million and one things I had to do the night before: get the kids’ school stuff ready for the morning. Make a to-do list for the next day. Take the dog out. Clean kitchen. Brush teeth, wash face, turn off screens, meditate.

The problem was, I wasn’t starting that whole mad rush until after 9pm - way too late.

So I made a list of all the things that need to happen before I can go to bed. Next to each one, I estimated how much time it would take...

How to find peace amidst the busy-ness 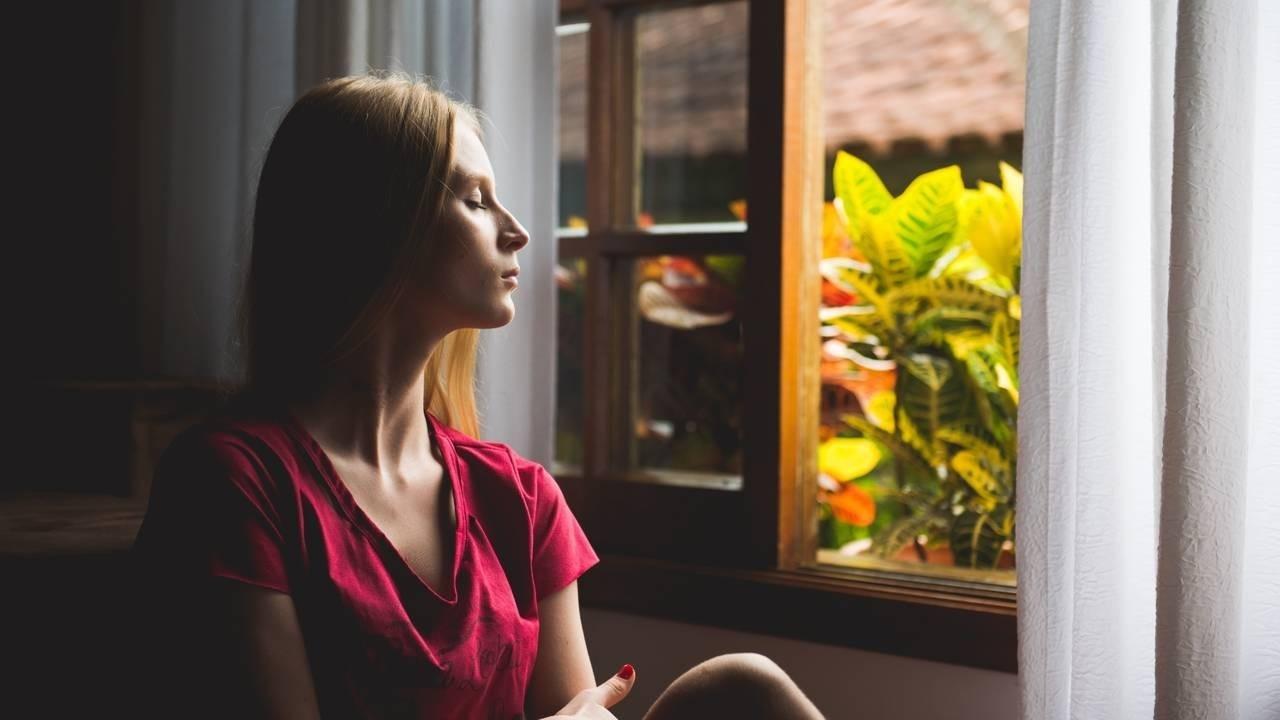 A couple weeks ago, in the first few days of Corona quarantining, I had a recurring thought: I have to do something. It was energizing; it was exciting. My March and April calendar had cleared themselves completely, as if someone had waved a magic wand. No more speaking gigs, no more conferences, no more traveling.

I have to use this time to the fullest!

After all, Isaac Newton did! Shakespeare did! They conceived of their best ideas while quarantined from the plague. What rock-star best-selling world-changing idea will I come up with?

Of course, it didn't take long for the overwhelm to settle in. I had a ton of projects to work on – book, website, new products, you name it – but I couldn't seem to focus on one. It didn't help that there were a million blogs and newsletters sitting in my inbox, exhorting me to make the most of my time and offering tips on how to do that. I couldn’t even check my email without being reminded of all the other things I could do: clean...

5 ways to keep your stress under control while quarantined 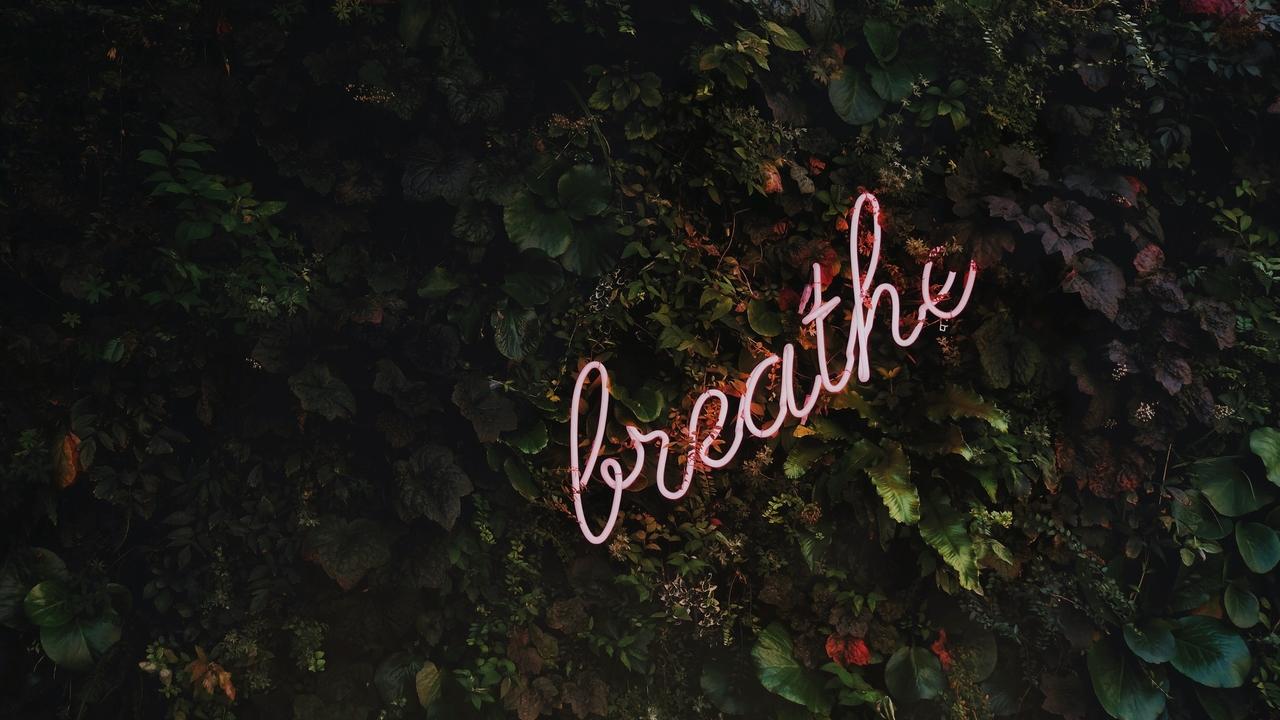 These are scary times. I'm not here to offer you medical advice or breaking news on the COVID-19 virus. I want to talk about the mental difficulties many of us face, and how we can handle them in the healthiest way possible. With magnified stress, social isolation, looming unknowns, and big changes to our daily lives, it's more important than ever to take care of ourselves – and I mean more than washing our hands.

Here are six ways you can take care of yourself and your loved ones in the midst of this crisis.

1. Embrace creativity. Often, when things are in flux, people grab for safety. They want something they can control. Yet this actually a good time to think out of the box – because new ideas and opportunities can come from difficult times. Plus, opening your mind to creative thoughts will help ease your stress and keep you busy.

If you don't believe me, get this: Isaac Newton had to work remotely for a full year during the plague, and he was so productive then...

The Art of Saying No (How, When, and Why to Do It) 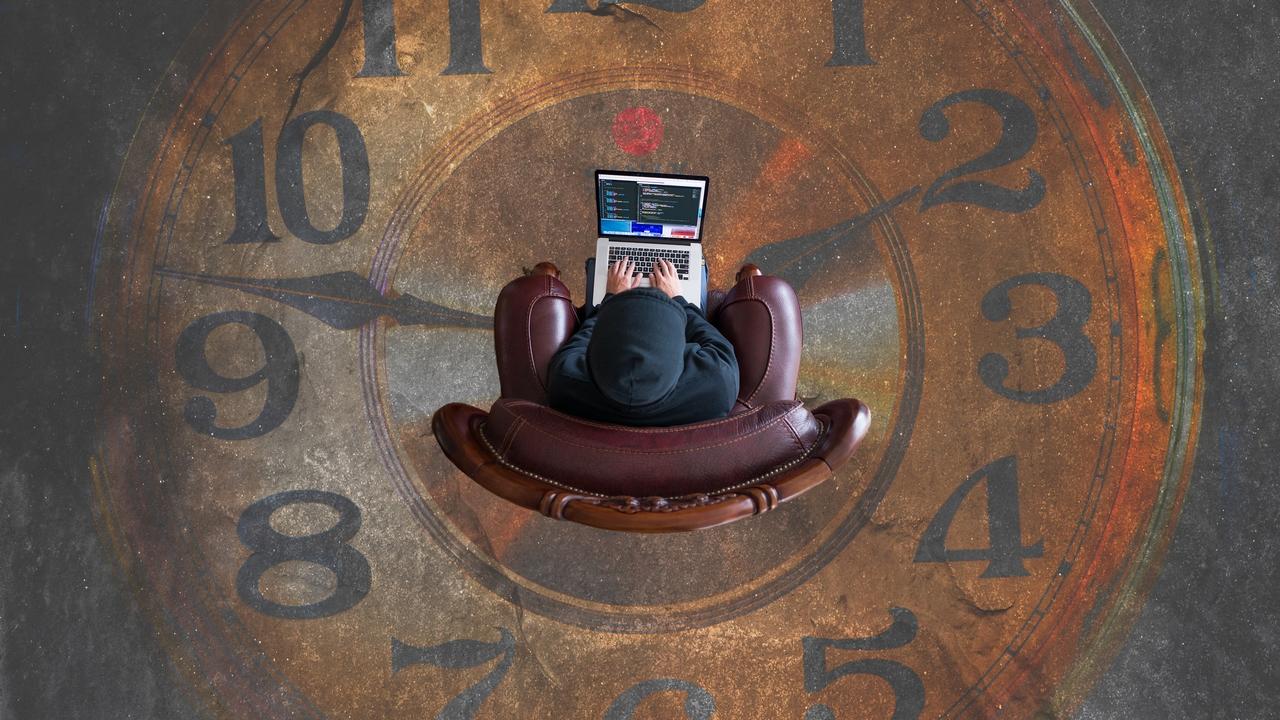 Recently, someone asked me about how and when to say no. I’m glad they did, because it's such an important skill, and because it's one I've struggled with.

Okay, that's an understatement. Sometimes it feels like my entire life is about not saying no enough. Which is why I know all about it!

Let's talk about why it's crucial, and some ways to go about saying no – especially when it's hard.

First, it helps to understand why it's such a hard thing to do. There are a few reasons: 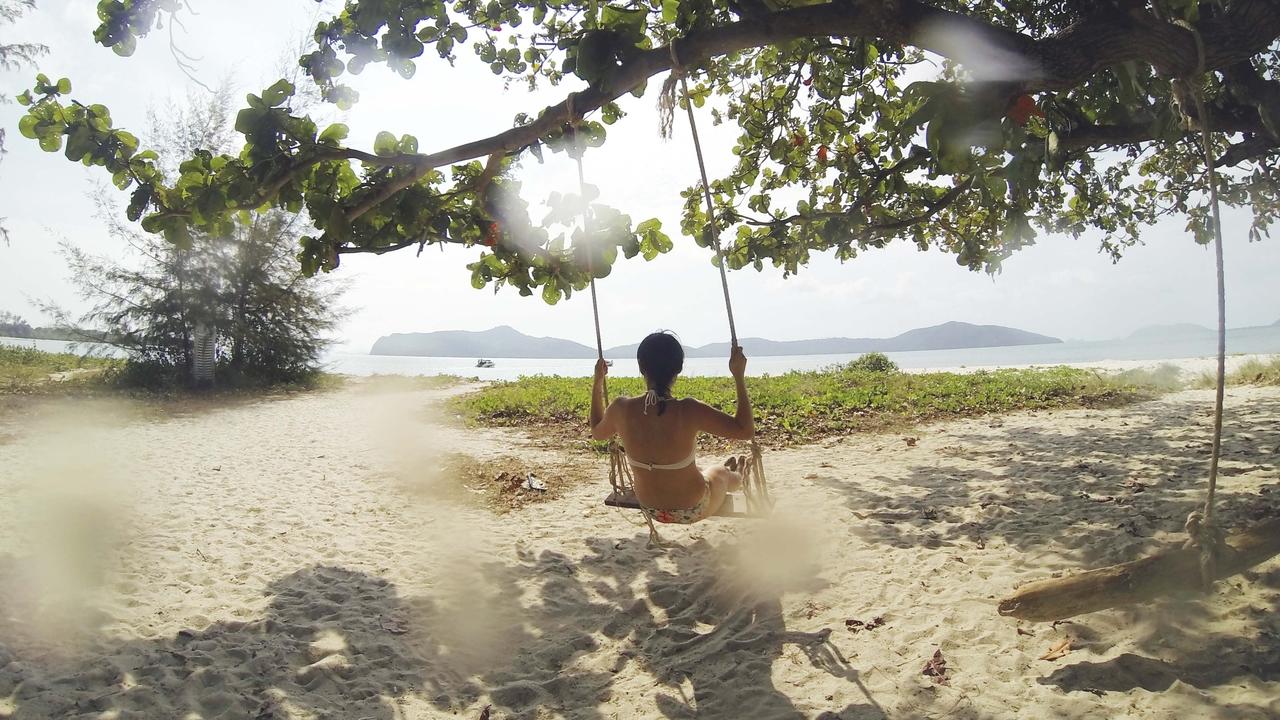 This part week, I started to get the sneaky sense that fall is just around the corner. I know it’s a month away, but suddenly people are talking about school, final vacation plans, signing up for after-school activities. All of that is happening now, and all I can think is no! I don't want it to be fall. I want summer to keep going forever.

One reason I love summer is that it makes things feel easy. When the sun is shining and school's out, I just feel like it's easier to relax and let things flow. But as the leaves start to turn, and change is in the air, and the responsibilities of the school year loom ahead, it feels like that easiness is coming to an end. It's time for structure, alarm clocks, and mega to-do lists. I start to get a pit in my stomach, and it's saying, Oof, this is going to be hard. 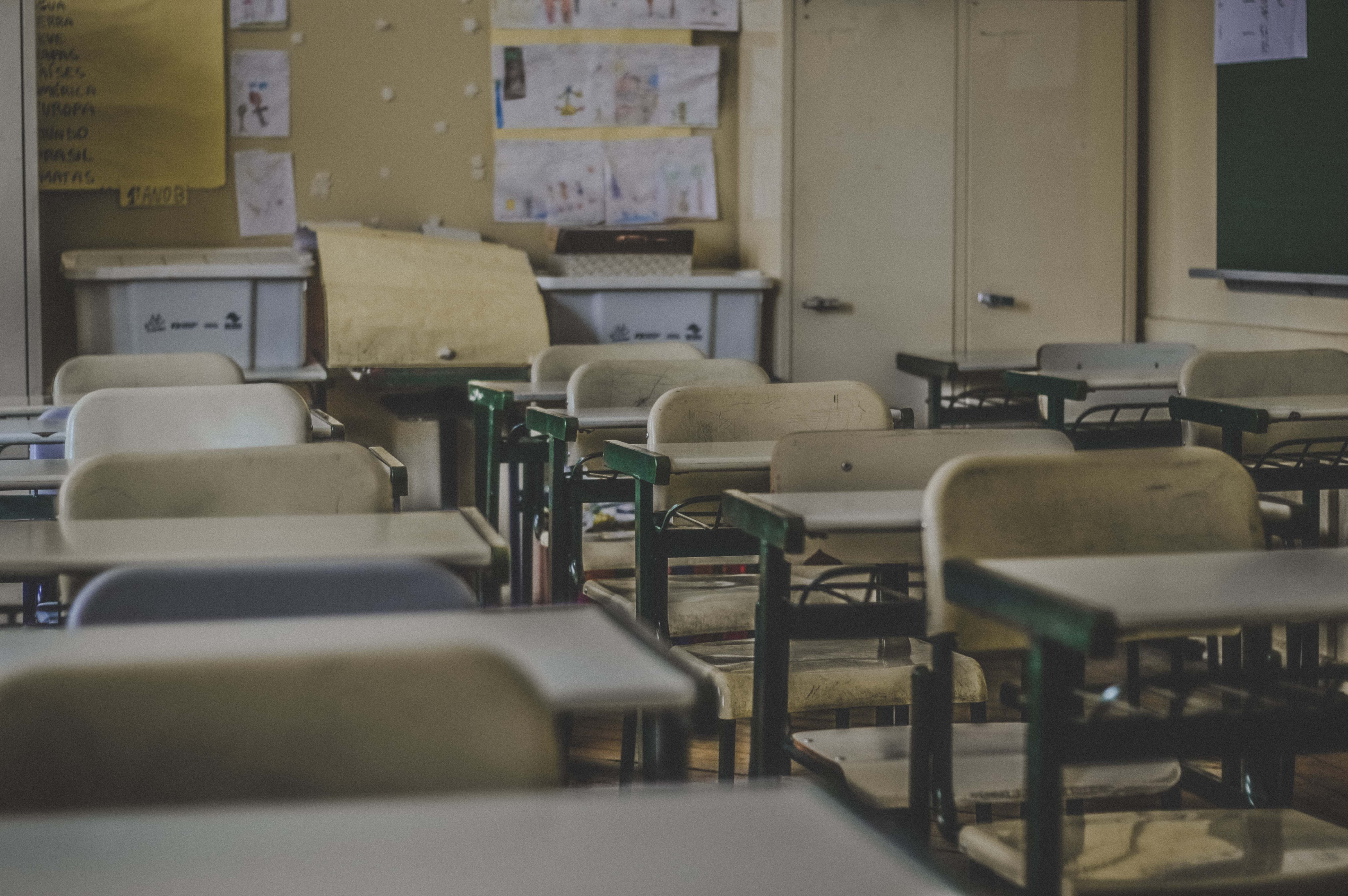 But you know what? Just because things get busier and more regimented doesn't mean they have to get harder. In fact, "hard" and "easy" are states of mind. We choose...
Continue Reading...

Mindfulness Roadblocks & How to Get Around Them 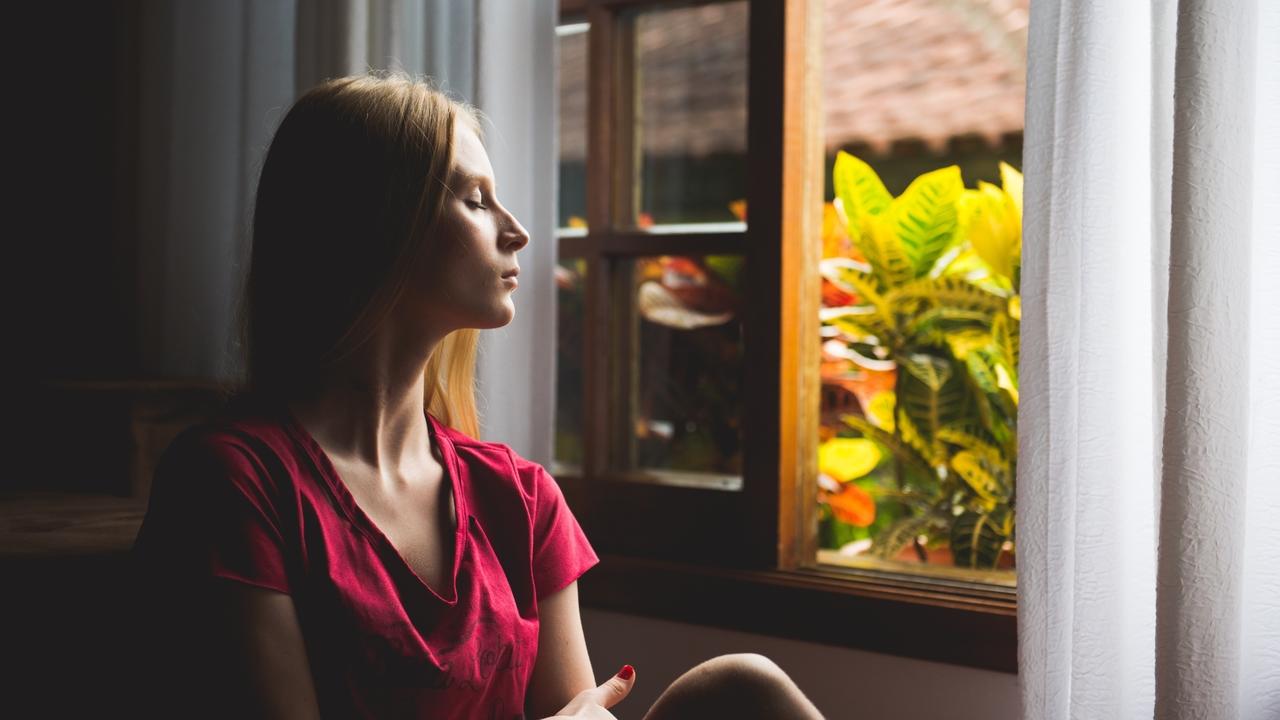 I have a confession. For all my years of working with mindset, there was a lot of time that I avoided the concept of mindfulness. I thought it was overused, and (dare I say it?) boring. I thought it meant never thinking about the future, never being really excited, never setting goals or planning ahead – and those are some of my favorite things!

But then I realized something: that judgment was really resistance in disguise. Thankfully, with the help of reading, trusted friends, and a whole lotta practice, I learned what mindfulness really means.

It means stepping into the flow of life. It means opening up to the messages that our bodies, minds, and hearts are sending us – and they are constantly sending us messages that we need to hear. When we're not mindful – that is, when we're distracted by what we're doing later, or fixated on what we don't have, or numb to our emotions, we miss out. It's like watching TV while someone is trying to tell us something...